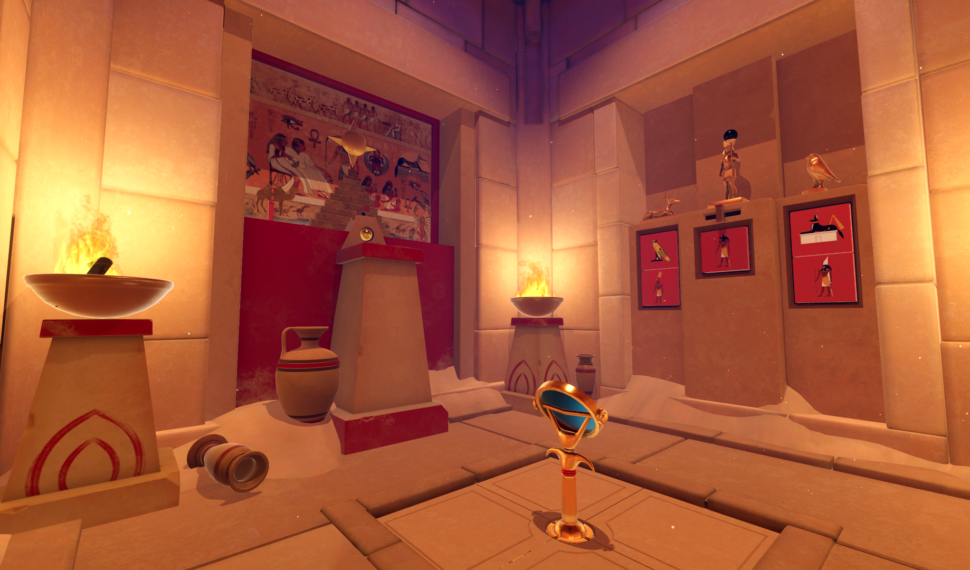 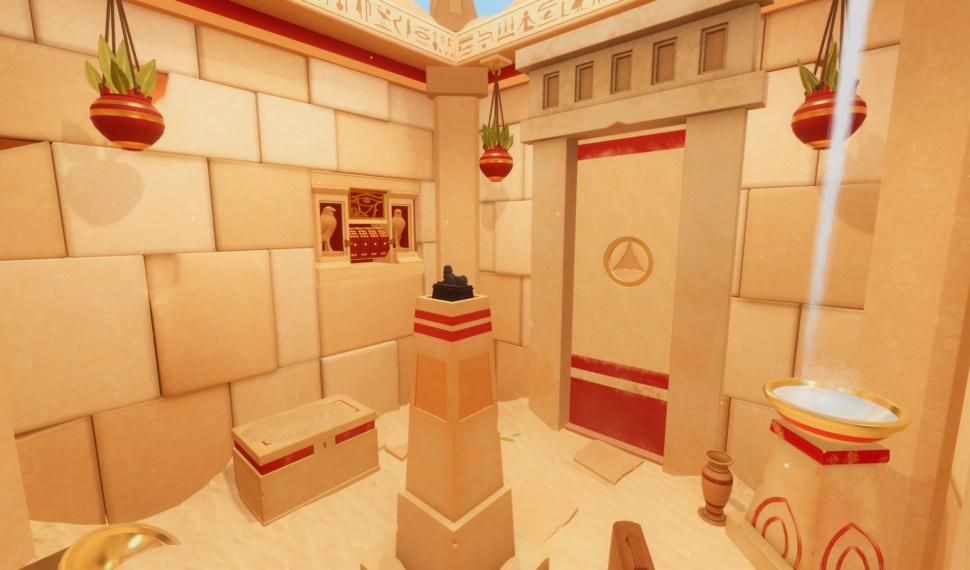 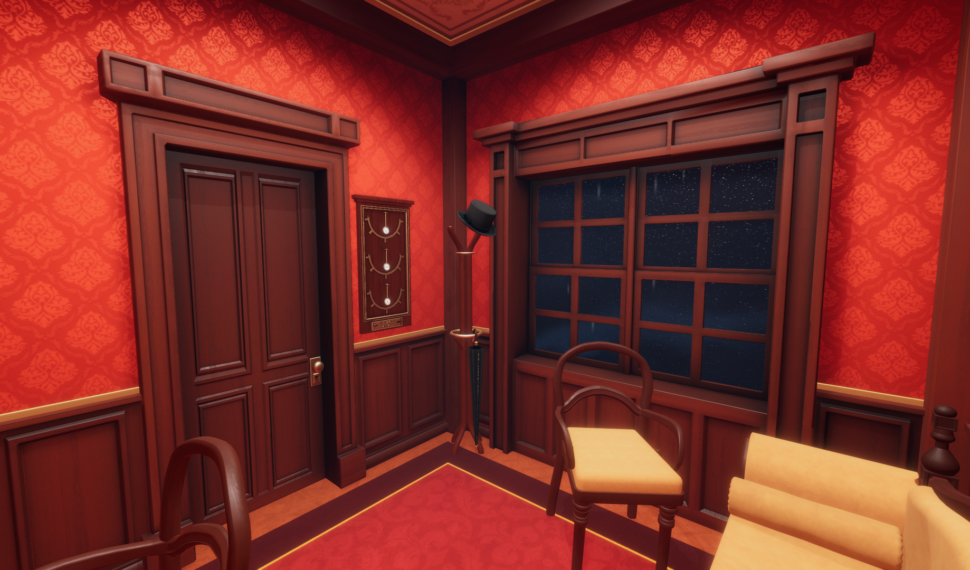 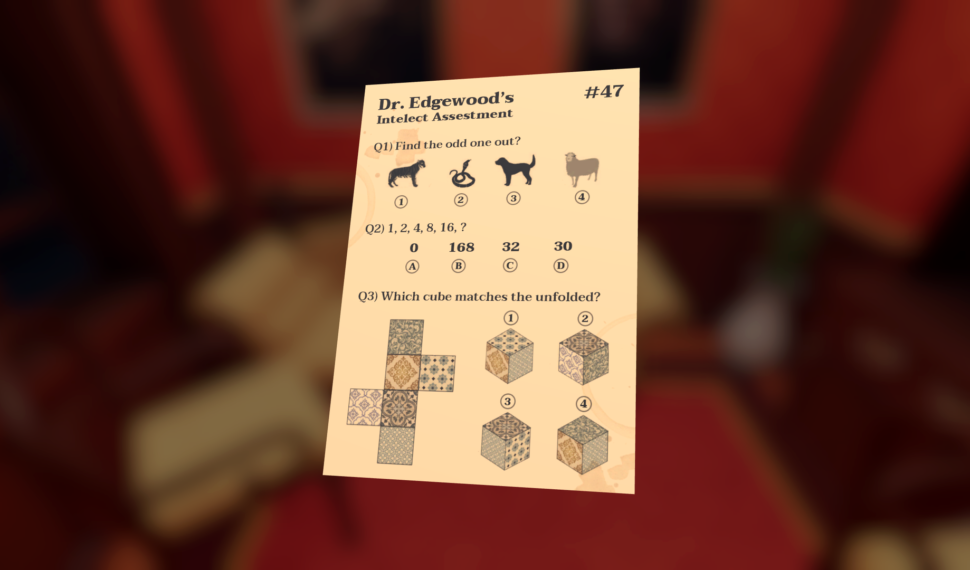 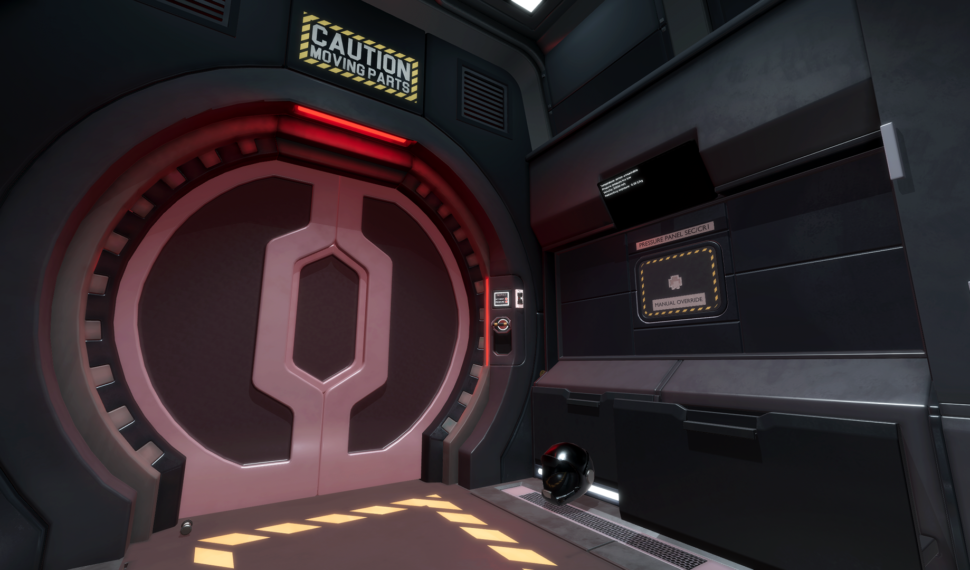 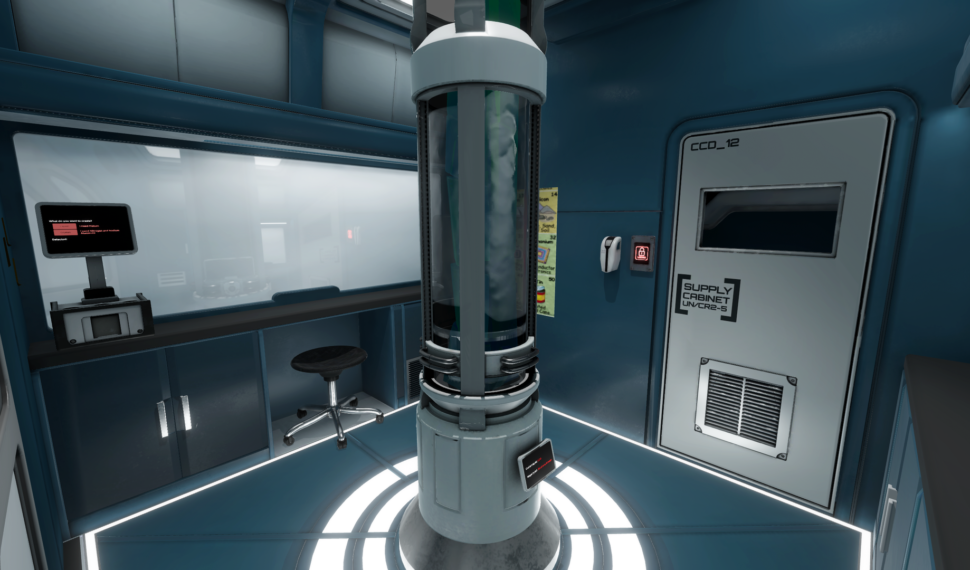 Locked indoors, no clue on how to get out. Sounds like COVID quarantine? No, it is Escape Simulator!

This little gem is a breath of fresh air for all the enthusiasts of room escapes, and an incredible find for everyone that enjoys logic puzzles and riddles, a lot of observation and some shades of frustration. It takes the fun of an escape room straight to your computer, without green passes or surfaces and objects touched by millions. If you thought you couldn’t play an escape room during COVID, it’s time to think again.

Escape rooms are not fun to be played alone, you say? Then fear not, this game has also a co-op mode for you to make all your friends frustrated alongside you! Are you finally getting curious? Then let’s get into it!

Escape Simulator is a first-person puzzle game that can be played solo or in an online co-op. While I enjoyed playing it on my solo runs as well, I honestly think that its strength and most fun is the co-op mode with friends: it will require communication for sure, but two brains is better than one…two or more, depending on how popular you are. The rooms have been tested for a maximum cap of 10 players, even if the suggested amount is three: bear in mind that the rooms have limited dimensions, so while more eyes for sure help observing, more bodies hide stuff from sight.

The objective of the game is to work your brain to escape a room by solving all the puzzles and riddles that will lead you outside its locked door. In order to do that you will need to study your surroundings, analyze notes, books and objects scattered or hidden in the room, find patterns and cross-reference multiple clues to untangle the mysteries of the room you’re trapped in. The puzzles vary a lot when it comes to dynamics and difficulty: you won’t always have clear instructions on what to do, and you’ll have to trust your observation and intuition to connect the dots. While this can be frustrating when you are facing a very intricate puzzle, the fact that it implies a certain degree of difficulty also gives you a great feeling once of the riddles is completed, like in a real escape room. Who doesn’t like a good challenge afterall? Well, if the answer is you and you’re stuck, you can always ask for a hint -in the form of a little schematic drawing- by pressing the question mark panel near the door and save yourself some real headache. Note that this feature, available for a limited number of times per room, is only present in the official rooms released with the game.

There are currently 4 built-in settings to challenge your brain: Labyrinth of Egypt, Adrift in Space, Edgewood Mansion and Omega Corporation. Each of them is beautifully detailed with props and objects that would fit the theme, keeping the whole experience very immersive throughout alle the 5 highly interactive rooms that make up each setting and differentiating them from one another.

Egypt is by far my favorite one, making the player feel like he is teleported back in time, or on an archeological mission. Indiana Jones vibes, anyone? Each room looks like it could fit into an history or art book, with the attention the designers put into architecture, artifacts, even colors. Throughout all the rooms you constantly have the feeling the puzzles have been buried for thousands of years underneath the sands, waiting to be discovered and solved…may it be keys trapped in sarcophaguses, burning offerings to an Egyptian God to grant your passage, you really feel a mystical and ceremonial touch as you progress like a real archeologist in your adventure and uncover the great secrets of Egypt.

Adrift in Space teleports you on a deserted spaceship that has been hit by debris, and it’s now heading straight into the sun. In this setting rich of metal panels, artificial lights, cables and breathtaking views into space, you’ll have to improvise yourself scientist and mechanical engineer at the same time. Before my playthrough I thought I was a fine engineer, until it came to solving the cleverly thought mechanical and chemical puzzles you will find in the spaceship. If you love a science theme room with matching puzzles, then this one is definitely for you.

Edgewood mansion is Beatmatch’s favorite, by absolutely no surprise: I think the old British victorian mansion makes him feel right at home afterall, and he can play Sherlock Holmes in those packed rooms. The theme of them is quite peculiar: you feel like you’re a high intellect in this setting, with puzzles related to therapy and medicine, clues hidden in dusty books on the shelves in the library, journals and family photographs, just waiting for a clever mind to piece them together and fill the blanks in the story. While playing this setting you will definitely get lost in time, just being another British detective…go figure.

Omega HQ is the final setting -so far- and was released after launch as a free DLC. Buckle up on this one buckoo, because I don’t know whether I am in a high-tech company with a kink for privacy, or in a government owned building that tries to appear less scary to keep the curious out… Who knows, I doubt we will get an official answer (especially because I think it is the second option). You will have to solve technical puzzles and more computed-related puzzles in this one, that go from writing programs to reading corrupted floppy disks (for the young out there, those are the things before USBs), or riding an elevator that has more locks than Fort Knox. You are going to have to whip out your inner nerd for this one, and it is really enjoyable.

Escape Simulator features a very enjoyable cartoony graphic with soft lines and vibrant full colors. Leaving aside the fact that I personally love it, I think it also contributes to make the game feel more relaxed and casual. It is true that your objective is escaping, but there is no time restriction for you to accomplish it, so you really have the time to think without stressing over the clock and savor the nice details the rooms offer.

Well, that is if you don’t really play for achievements…
Because if that’s the case, the clock over the door will never feel like your friend, having 15 minutes to escape each level. Sometimes it will feel impossible and sometimes easier, but when you think you are done and you can 100% the game you remember about the 8 tokens deviously hidden in each room. If the programmers made sure this game could be played on a laptop from a specs requirement, they for sure didn’t do small-screen users any favors in hiding those goddamn coins. Get ready for some restless scanning of every level and have faith, you will find them all. Eventually. Maybe. Get a friend to be sure.

As far as accessibility goes, the game does well in trying to cater for all ages: when highlighted or inspected, the objects gathered from the rooms will present an icon in the top bar that suggests what the item is for (may it be a key or clue). The user will clearly see this marked in the corner, so if there is no icon, he is free to dump the object in the trash and move on. Although this is still helpful along with the hints, I think some puzzles are still not clear and -if I am being honest- I struggled to make sense out of them. However, throughout the whole game this happened only on a few riddles and I wouldn’t fault the programmers too hard on this. The key bindings are as illustrated in the tutorial room quite simple and straightforward, but if you feel clumsy with mouse and keyboard note that this game has also controller support.

Escape Simulator runs on very minimal hardware requirements. Most of the time it is very optimized, thanks mostly to the size of each room and the limited amount of objects rendered, giving you a fresh new game even if you do not have a top end system to run it. There were some occasions I encountered bugs on CO-OP, that can really dwindle your experience causing you to have to hard restart the game or level. I noticed that if two players move certain puzzle pieces, causing an interaction that makes one glitch out, it cannot be moved again, forcing the whole group to restart. This could be due to networking issues, and on this I also have to signal that sometimes you will also get random ‘reconnecting’ notices. At times this would completely hang, even if your network is fine, but the developers are still updating the game so I am sure this little annoyance will get fixed in no time.

Overall I think this game, even before taking into consideration the HUGE fact that with the Steam Workshop you could potentially get endless content in the form of Community Rooms, is very solid and various, a good find to tickle your mind when you feel in the need for…well, an escape.

Caffeine addicted unicorn, infamous backseat gamer for the longest time ever and recently chill gamer on simulators and slow peaced platformers. She lurks in the shadows, so be aware.
Login
Loading...
Sign Up